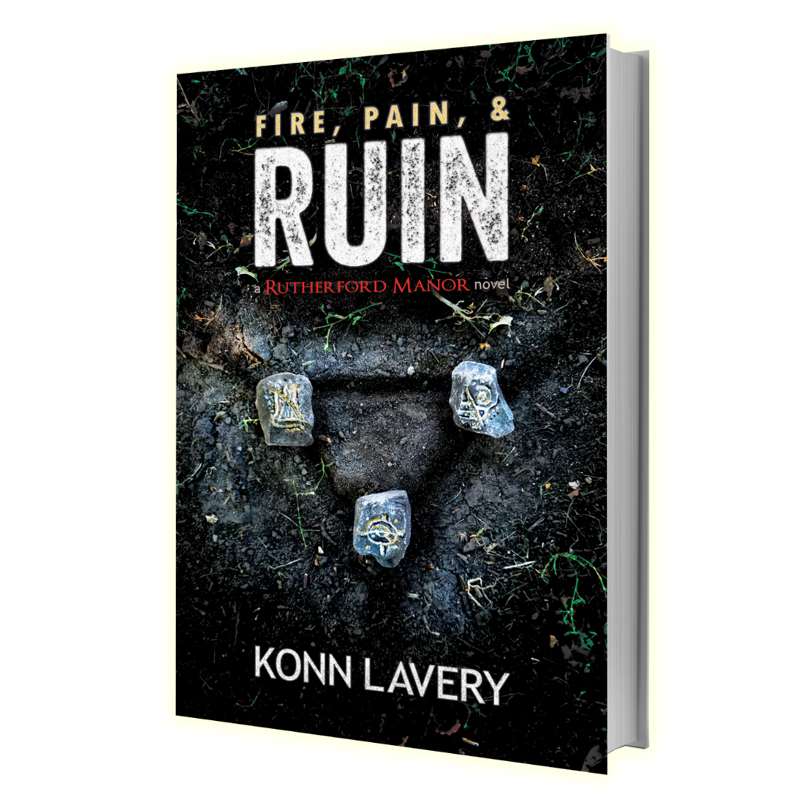 Order up a hardcopy of Fire, Pain, & Ruin for your supernatural thriller library and receive:

All hard copies will be signed by Konn Lavery, author of the book, and Preston Ewasiuk, the creator of Rutherford Manor. Physical book copies will be shipped once they are received from the manufacturer.

Click the link below for the type of order you require: 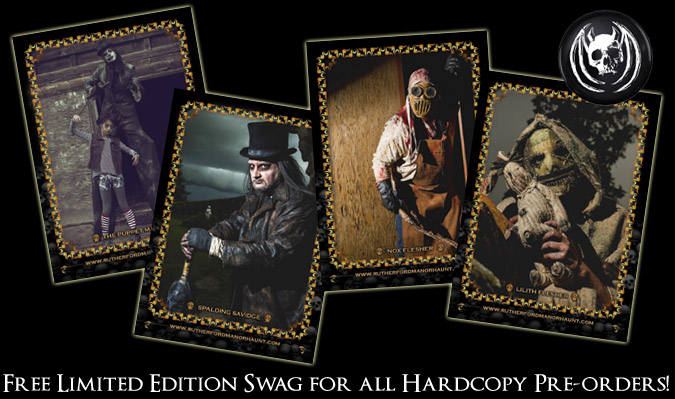 We will be having a book launch party in Edmonton,AB (Location and date to be TBD) for everyone who is local to Rutherford Manor. A digital copy of the book will be sent to you within 48 hours.  You can order your copy of the book for pickup at this event and SAVE THE SHIPPING!

Please use the below Pay Pal button to order a copy of Fire, Pain, & Ruin and require shipping in Canada. A digital copy of the book will be e-mailed to you within 48 hours of purchase. E-book release date April 29, 2020. Copies will be shipped once stock arrives.

Please use the below Pay Pal button to order a copy of Fire, Pain, & Ruin and require shipping in the USA. A digital copy of the book will be e-mailed to you within 48 hours of purchase. E-book release date April 29, 2020. Books will be shipped once stock arrives from the printer.

Regular Price $21.95 USD
Order Price is $18.95 USD plus shipping/handling.
(Does not include any duties that may be applied.)

Have an Amazon Kindle or other e-reader?
You can get this book immediately through AMAZON!
Digital Copy: $7.99 CDN

Have an Amazon Kindle or other e-reader?
You can get this book immediately through AMAZON!
Digital Copy: $5.99 USD

Important: All hardcopy orders will receive a PDF digital copy of the novel within 48 hours of purchase. Shipping of the novel and bonus items will commence once copies are received by our distribution department in late May/June. Shipping time will be dependent on various factors and may be delayed temporarily due to the COVID-19 crisis.

Amazon E-Book purchases do not qualify for the hardcopy trading cards and pin giveaway.  All hard copy purchases will show as Internet Matrix Inc. / Paypal on your credit card statement.